The Healthcare Ransomware Epidemic: How to Protect Your Patients

The Problem is Becoming a Crisis Data breaches are happening at an alarming rate. In fact, the threat of ransomware attacks has become elevated to crisis levels. While there’s increased awareness, attacks are becoming more sophisticated. A variety of large and small organizations are being attacked. No one is immune. The healthcare industry has been […] 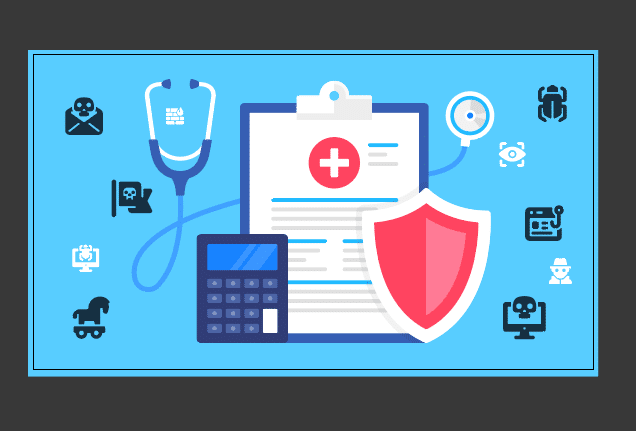 The Problem is Becoming a Crisis

Data breaches are happening at an alarming rate. In fact, the threat of ransomware attacks has become elevated to crisis levels. While there’s increased awareness, attacks are becoming more sophisticated. A variety of large and small organizations are being attacked. No one is immune. The healthcare industry has been and continues to be, prime targets. And for good reason. Healthcare organizations are considered low-hanging fruit by cybercriminals. Hackers know healthcare centers are notorious for having inefficient security. Most hospitals don’t have procedures in place to restore a network once locked by ransomware. Most applications in Hospitals have little or no network segmentation. There are no firewalls between workloads. Basic security protocols are not in place.

Besides the alarming ransomware statistics, there are some attacks that never get reported. The U.S. Department of Health and Human Services experienced 52 data breaches in October. Last year, hackers stole over 38 million medical records. These sobering statistics have made the healthcare industry take notice. Many healthcare organizations are taking steps to increase cybersecurity. But more can be done. This article will take a look at some of the more recent ransomware cases. We’ll look at some mistakes that were made in dealing with cyberattacks. And we’ll offer ways to improve cybersecurity and protect patient data moving forward.

The consequences of a data breach reach far beyond the breaking news story. There’s more to it than the short news article that appears on your computer screen. A single attack can close down an organization for good. It can happen in a few minutes. The consequences can have long-lasting implications. This is particularly true for the healthcare industry. Sure, the reputation of the healthcare center gets flushed down the toilet, but there’s a real impact on the patients. These incidences are not merely expensive inconveniences. Cyberattacks disrupt the entire eco-system of the institution. It puts people’s health, safety, and lives at risk.

Often, the healthcare center gets victimized twice. First, there is a ransomware attack. Second, the healthcare system becomes the target of a class-action lawsuit from a community of angry patients and their families.

Consider the New Scientist article about the 2016 attack on the Hollywood Presbyterian Medical Center. It was a Friday afternoon when malware infected the institution’s computers. The attack seized patient data and prevented the staff from further communication. The date was February 5. The same day computer hackers tried to steal 1 billion from the Federal Reserve Bank of New York. It all happened in a matter of seconds. Medical records had to be kept by using pen and paper. They used old fax machines. Patients were sent to other hospitals, operations canceled. The medical center was back on-line after a 2-week standoff. But not until after paying a ransom of 50 bitcoins (the equivalent of $17,000 at the time).

Malware can infect the entire computer system. Someone clicks on a link to a booby-trapped website or opens an attachment in a phishing email. Immediately, malicious malware gets to work encrypting the files. Some malware can immobilize entire IT infrastructures. If data is backed up and you get an attack of malware or something, you can always go back to yesterday’s data.
Healthcare targets often have their backs against the wall during a cyberattack. Because they don’t have their files backed up.

In most cases, a ransom is paid. The hackers deliver the decryption key. And medical centers are able to decrypt the seized files. The Hollywood Presbyterian Medical Center was straight forward. They handled the crisis as best they could. See the above comments about using pen and paper. They negotiated a lower ransom and their data was returned. More recent victims haven’t been so lucky.

Take the cyberattack on LifeBridge Health systems. Seven months after the incident, the Baltimore-based health system faced another problem. A class-action lawsuit was filed against them. The lawsuit claimed negligence on the part of the medical center. It also accused LifeBridge of waiting 2 months before informing the affected patients.

LifeBridge had to respond to the allegations. The organization contracted a national computer forensic team to investigate the attack. Patients were offered credit monitoring and identity protection services.

Clearly there are basic mistakes made that contribute to breaches. Mistakes can allow the infiltration to happen in the first place. Resolving a ransomware situation is stressful. People can do things that t make the situation worse.

Health Management Concepts in Florida was attacked with ransomware. The official report was made on August 23. HMC learned about the incident on July 16. The ransom was paid. The attackers delivered the decryption keys. The hospital IT administration immediately took steps to decrypt the data. To their horror, the HMC staff realized they made the problem worse. They accidentally sent files containing patient information to the hackers.

UnityPoint Healthcare had the misfortune of suffering two security breaches in 2018. The second attack compromised the data of 1.4 million patients. At least, that’s the official tally. A series of phishing emails had been made to look like they were from a top executive within the company. An employee fell for the scam. It gave hackers the opportunity needed to penetrate the entire system.

Recognizing the Risk is the First Step Toward Protecting Patient Information

The onslaught of cyberattacks against healthcare is relentless. There are inspiring stories of medical centers fighting back. They’re defending themselves against nefarious cyberattacks. They’re saving lots of money. Increasing their efficiency. And better protecting their patients.

One such story belongs to the Interfaith Medical Center of Brooklyn, New York. It’s a 287-bed non-profit teaching hospital that treats more than 250,000 patients every year. They were able to avoid malware outbreaks. Their proactive approach enabled them to detect and respond immediately to advancing threats. Their strategy involved an assessment of threats and implementation of policies and procedures.

Incident response time is critical. Measure it with a stopwatch, not a calendar. All the segmentation in the world isn’t any good if the door won’t be closed in time. Their program was successful. It identified malware infections long before they had a chance to become a problem. They were even able to identify a malware-infected medical device after it came back from a repair vendor.

The Interfaith Medical Center anticipated a ransomware attack and took steps to prepare for it. In a September 3, 2019, Healthcare IT News article, we learn how Christopher Frenz – the VP of Information Security protected the non-profit’s IT system. “One of the ways I approached this was simulating a mass malware outbreak within the hospital, using a custom-developed script and the EICAR test string. Running the script attempted to copy and execute the EICAR test string on each PC within the organization to simulate the lateral movement of a threat within the hospital. Exercises like these are great because they help an organization identify what security controls are effective, which controls are ineffective or in need of improvement, how well or not the staff response to an incident will be, and if there are any deficiencies in the organization’s incident response plan,” he explained.

“We have successfully avoided malware outbreaks and are actively detecting and responding to advanced threats, long before they impact privacy or operations.”

The article ends with some excellent advice from Frenz. “Healthcare needs to begin to focus on more than just compliance alone, as it is far too easy to achieve a state where an organization meets compliance requirements but is still woefully insecure. Organizations need to put their security to the test. Pick solutions that can empirically be shown to improve their security posture.”

There are basic steps healthcare organizations can take to minimize their risk of ransomware attacks. Learn as much as you can about ransomware attacks. Consider all possible points of entry. Where is your IT system vulnerable? Medical software used for patient data has numerous vulnerabilities. Healthcare cybersecurity statistics by Kaspersky Security Bulletin found easy access to 1500 devices used by healthcare professionals to process patient images such as X-rays.

Improving the cybersecurity of a healthcare organization, whether large or small, has two parts. One part has to do with the design and implementation of the IT system entire (i.e. whether-or-not there’s back-up and disaster recovery features in place). The other part has to do with your human capital.

Malware can be introduced from any number of locations along with your network. Often the attack is designed with multiple points of entry. It could be phishing emails where an employee is tricked into clicking on something that is booby-trapped. It could be a bogus email from what looks like an upper-level executive but is actually from a hacker.

Human beings make mistakes. This is especially true in the busy high-stress environments of hospitals. Or in situations where doctors, nurses, and orderlies work extended 10 to 12-hour shifts. People have to be educated about the risks of cyberattacks and what forms such attacks might take. It’s easy for a rushed employee, at the tail-end of their shift, to unknowingly click a file, download an unauthorized software, or be tricked into loading a contaminated thumb drive. There are basic security processes that should be implemented. These are things like creating strong passwords and changing them at regular intervals. Duel factor protection is also a good idea.

Cybercrooks study the vulnerability of humans. Hackers continually figure out ways to exploit human traits and their gullibility. Through social engineering tactics, cyber attackers design pathways to plant ransomware or get a foothold in an information system.

SECURITY IS NOT ABOUT QUICK FIXES

Take the time to ensure the staff and vendors are mindful of what they’re doing. Review policies and procedures regarding handling patient data. Review how to avoid security incidences. As we have seen, any data breach has legal ramifications. There needs to be a systematic response that is carefully considered and forged into a process. Additionally, partner with the right vendor who can design and provide a holistic security solution that will protect your patients.