How Technology Will Keep U.S. in Business (part 1)

Companies, individuals, and politicians are asking the same question. What is the nexus between health and economic prosperity? We need the breathing room to heal from the crippling effects of the COVID-19 crisis. Can technology provide that? Can it also keep the U.S. in business at the same time? Before the USA fell victim to […] 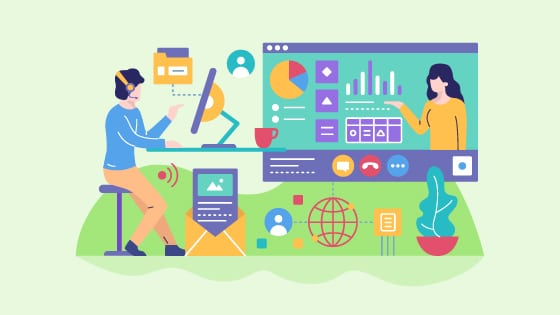 Companies, individuals, and politicians are asking the same question. What is the nexus between health and economic prosperity? We need the breathing room to heal from the crippling effects of the COVID-19 crisis. Can technology provide that? Can it also keep the U.S. in business at the same time?

Before the USA fell victim to the coronavirus, our economy was booming. Every business sector was feeling the positive impact of high consumer confidence. We enjoyed record-low unemployment, and a strong stock market.

But then, the bottom fell out of the tub.

Because of COVID-19 many things happened quickly. The stock market took a dip. Millions became unemployed overnight. And the average consumer became too afraid to spend any reserve cash they may have stored up. According to the Brookings Institute, the economy has “almost certainly entered a contraction.”

The coronavirus changed life in the U.S., in the whole world, in a few dizzying weeks. California governor Gavin Newsom put the whole state of California on lockdown. He wasn’t the first to make such a decisive and bold move. About a week earlier, CNN reported Adam Silver, the Commissioner of the National Basketball Association, announced the league would suspend the NBA season. Silver made this decision immediately after two of his players tested positive for the coronavirus.

He not only led the sports world shut down but he foreshadowed things to come. Organization
leadership has to acknowledge what is happening and respond. It may not be the perfect response, but they have to do something.

There is an old principle: divergent groups of people, even former enemies, will come together to fight a common threat. You could make the argument that nature was reminding us why we’re all here on one planet….to survive together as a species.

Telecommuting was already a trend gaining popularity and acceptance. Working from home would become the norm over the next 5 to 10 years. The coronavirus shortened that time frame. It pushed us further in a direction most businesses were already going. 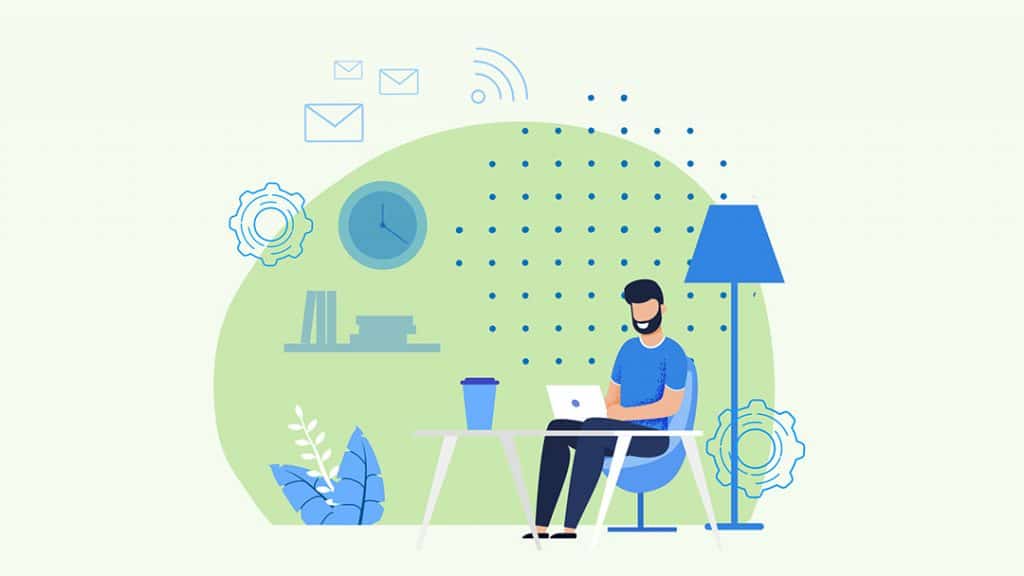 COVID-19 has shaken us to our core.

The aftershocks will tremble beneath our feet for quite some time. Just in the last 2 weeks the Small Business Administration has issued more than $305 Billion in loans to more than 1.4 million small businesses nationwide.

The pandemic has provoked all companies large and small to launch their own grass-roots efforts. Okay, this is what we do as a company. How can we take what we do and help others during this crisis? In this divisive world we live in, we’ve seen companies from all over the world pitch in and help.

On March 25, 2020, Bloomberg Technology spoke with Cisco CEO Chuck Robbins. Robbins said within the first 24 hours of CISCO announcing free cloud security and Webex offers, they had 240,000 new subscribers. “Before this crisis we were running 300 million users per month. We are now doing 4 and a half million meetings per day. We’re at 12 billion meeting minutes through March. I want to put this into perspective. In the United States, for any one-hour period, we will do 100 million meeting minutes. This is a platform that is now trying to support 3 to 4 to 5 times the volume it was ever built for just a few weeks ago. I’m so proud of what our team has accomplished. They’re working 7 x 24.” 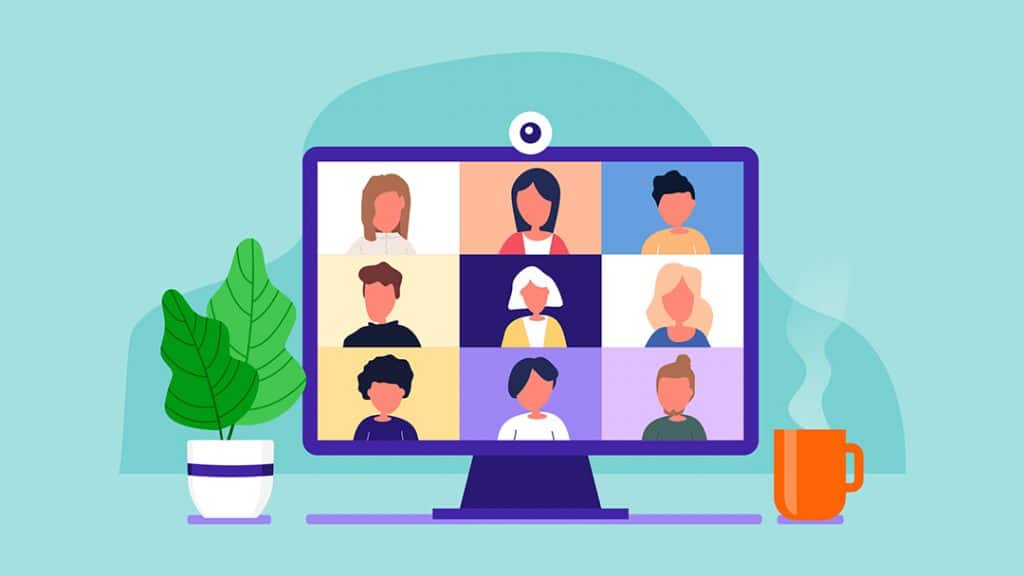 Even from home, we’re able to execute on all of that. All our 75,900 employees are working from home.

We’ve stated we’re going to continue paying our contract and hourly workers. We’re doing a video meeting with our employees every week right now. We have medical experts on. We want to keep everyone up-to-date on what’s happening in the world. Everybody’s anxious to get back, but for now, it’s working great.

The big thing we’re worried about is our communities. We’ve been working very hard in Silicon Valley with our public counterparts to make sure we’re taking care of them as well.”

The best way to help society, business, and culture navigate a crisis is to just doing the right thing. Do what is fair for our country and for each other.

Most American companies went into the crisis in good shape. Businesses have found themselves peering over a steep ledge at a moribund economy. Like a wild animal on its last leg. Business owners scrambled to move entire work forces from the corporate office to home offices. Fast food restaurants closed their dining rooms. Kept their drive-thrus. Fine dining restaurants closed their doors. Most of them shifted their focus to call-in orders and online take-out orders. Brands that never ventured into having a digital business, now jockeyed for functioning apps. Some of kept a scaled down version of their workforce to keep the storefronts open. They offer curbside pick-up service.

Even though I am involved with the technology industry, I prefer to interact with a human while checking out at the grocery store. I’m the same way when it comes to ordering a smoothie from Nékter or a cup of coffee from Starbucks. I’d rather walk into the shop and ask an employee for my order than use an app on my Smartphone. Due to the pandemic, my local Starbucks recently re-opened, but open only for app order pick-ups. I had to finally download their app. It took a few minutes. I placed my order. paid for it via my account. A couple of minutes later, a lady wearing mask and gloves, placed it on the table blocking the front door.

In an April 11th article, The Economist told a story of an online grocer who saw its servers so overloaded that it suspected hackers. “We thought we were under a denial-of-service attack,’ says Tim Stiener, the company’s boss.” As it turned out, customers were desperately trying to get food and drink deliveries for the weeks ahead.

Later, the same article reported, “Around the world, small and medium-sized firms are particularly exposed. The US Chamber of Commerce found that 54% of non-sole-proprietor firms with fewer than 500 employees were either closed or expected to close in coming weeks.

Rich Lesser, the CEO of Boston Consulting Group, which advises big global firms, says that robotics and other new technology approaches to manufacturing make the case of moving factories closer to home more compelling. This is because they reduce the cost difference. Just as previous information technology was put to work underpinning the spread of supply chains, so today’s can be used to shorten them — potentially making companies more responsive to local tastes.”

Alphabet, Amazon, and Apple are contributing to the country’s economic resilience. For most other companies, the pandemic and lockdowns are huge disruptors.

The way companies use technology will make a difference. They will either close their doors or survive this difficult time. Few, very few, might even grow. The role of technology has changed over the past few weeks. Drones have delivered medical supplies. Artificial intelligence is at work to identify COVID-19 infections. There are plans to use AI technology to predict future hot spots.

The technical aspects of having employees work from home is easy to support. It becomes more complicated when you’re dealing with sensitive data. Remote workers may have access to corporate virtual private networks (VPNs). VPNs enable access to office networks,

More network bandwidth and expanded hardware is needed to encrypt the connections. Gartner analyst Rob Smith says that one-third of all companies are ill-equipped to send all their employees home. Another third have no remote work plan. Corporate VPN is an aging technology. It almost became obsolete as companies migrated to cloud-based services. As a result, companies were not interested in investing in VPNs simply to allow more employees to work from home. Of course, all of that has changed now.

More and more companies see employee productivity actually increase. Telecommuting is likely to remain as an option. At least part-time.

But using VPN is not optimal. What is optimal? Optimal is moving to the cloud.

More and more business leaders understand that the future of IT is based on cloud technology. Many of them will make the move once society comes up for air between the first and second waves of this pandemic. They don’t want to be stuck in this position again.

This concludes part one of HOW TECHNOLOGY WILL KEEP U.S. IN BUSINESS.

Be on the look out for part two. The concluding section will feature 7 key areas where technology works to help the USA in business.

Until then, keep learning, stay informed, and be safe.