Hosted desktops or also referred to as Desktop-as-a-Service (DaaS) allow you to enjoy the freedom of working remotely. You don’t have to be chained to your desk to carry out your task. Since it’s not installed on the machine, it’s like taking your PC anywhere minus the physical device.

Although each one of you is working on an independent PC, you’ll still have the opportunity to collaborate because all of your virtual PCs are hosted on interconnected servers. 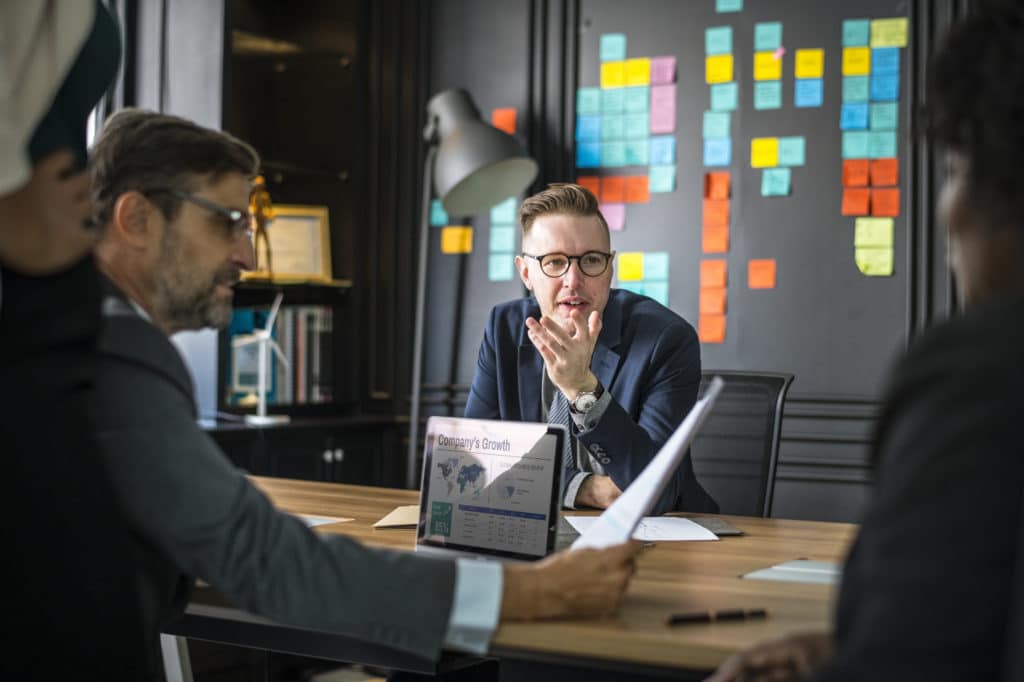 With a traditional in-house IT, all assets, from drivers to servers are located onsite. Businesses with in-house IT solutions have a dedicated team of individuals responsible for resolving issues with the IT system and infrastructure.

Hosted desktops are the exact opposite of in-house IT. Windows applications are moved into the cloud to enable remote access. This is made possible by IT hosting company.

Having your OS installed on the server enables you to access your files, applications, and documents from any Internet-connected device.  So long as you have Internet access, you’ll be able to run applications with a hosted desktop.

Why Make The Switch?

More and more companies are now embracing digital transformation for a good reason-reduce manual task and increase productivity. Having the ability to work anywhere helps you to accomplish tasks. Aside from flexibility, hosted desktops also offer these benefits:

Virtualization exists even in the ’60s. However, it has some limitations that deter such technological concept from soaring high. One limitation is that hardware virtualization could only cater to one task at a time.

This means that the rest of the tasks have to be queued in batches. Just like most inventions, it wasn’t long enough when experts decided to improve the features of software and hardware virtualization.

With the emergence of new features after a few decades, managing multiple computers became easier. Hence, the use of virtual machines. How did this innovation change lives?

Well, for one, it enabled businesses to increase efficiency, and address stability and security concerns. Imagine eliminating the burden of depending on one device. It’s a whiff of fresh air for everyone. You don’t have to think about the safety of your data, especially when machines have been compromised.

Sensitive data becomes impervious to natural disaster and human error because you’re not storing them on individual machines. It’s a clever way to ensure data is in good hands. You’re not using a shared network.

That said, only people who have been granted access to your resources can view your files and applications. You decrease the likelihood of file corruption because employees access data from a separate operating system.  The VMware hosted virtual desktop is one of the providers that offer this feature.

It’s a turning point for providers to implement cloud technology or cloud-hosted virtual desktop that will shield files and documents against complex security threats.

So when your files are stored in the cloud, you’re also reducing the likelihood of your sensitive data being hacked. Why? Simply because you could only access your files with an Internet connection.

In 2004, virtualization gained traction when new rules regarding management responsibilities were put in place. How did this come about? High-profile security threats paved a wider way for IT experts to come up with a more stringent rule that will not only increase the functionality of a hosted desktop but also create a security tool.

Providers are continuously releasing updates and revision up to the present. Each update will also require businesses to comply with the security requirement to cope with the changes in technology.

Who Can Reap The Benefits Of Hosted Virtual Desktops?

The primary purpose of hosted desktops is to remove time-consuming tasks by simplifying processes. Here are the key industries that can benefit from hosted virtual desktops:

You don’t have to keep on reminding yourself to perform an upgrade because most providers will update the applications and software for you.

Law and accountancy firms store sensitive files, which require strict data management practices. An advanced personal hosted virtual desktop has the ability to store data in a specific data center governed by data protection laws. With security measures in place, it will be difficult for hackers to steal your data.

In 2017, WannaCry ransomware crippled the healthcare industry due to its unpatched system. With more than 230,000 Windows OS computers affected across 150 countries, such damages incurred billions. This hacking scandal only proves that you need to be one step ahead of cyber criminals.

Data breaches occur when unauthorized individuals can freely access your files when the staff connects to unsecured networks. Hosted virtual desktop providers can lock down files as a way of protecting your data from being stolen. Hospitals also have heaps of paperwork that medical staff has to carry to consultations or around campus. Why risk losing some of these essential files when you can reduce the paper trail by moving important files into the cloud?

Running a small or start-up company is no excuse to let data security to take a backseat. This is one misconception that has led many small businesses to fall victim to cyber crimes. Your files are important even as a startup.

A hosted virtual desktop for small business gives you a significant amount of savings because you’ll no longer have to worry about hiring a support staff to maintain your IT environment or pay upfront server costs.

Both of these services have a comprehensive hosted virtual desktop pricing and they can be outsourced at a flat monthly rate. Scalability is one of the stand-out benefits of hosted desktop service. You can also consider hosted virtual desktop free of charge, but it has some limitations.  It makes your IT environment more sustainable with the option to scale up or down your service.

Hosted virtual desktops provide a streamlined business process to get things done in a timely fashion. You’ll also gain greater peace of mind because the minimal IT management responsibilities allow you to focus on other aspects of your business that matter.